What Are the Four Dimensions of Tone of Voice? Why Tone Matters 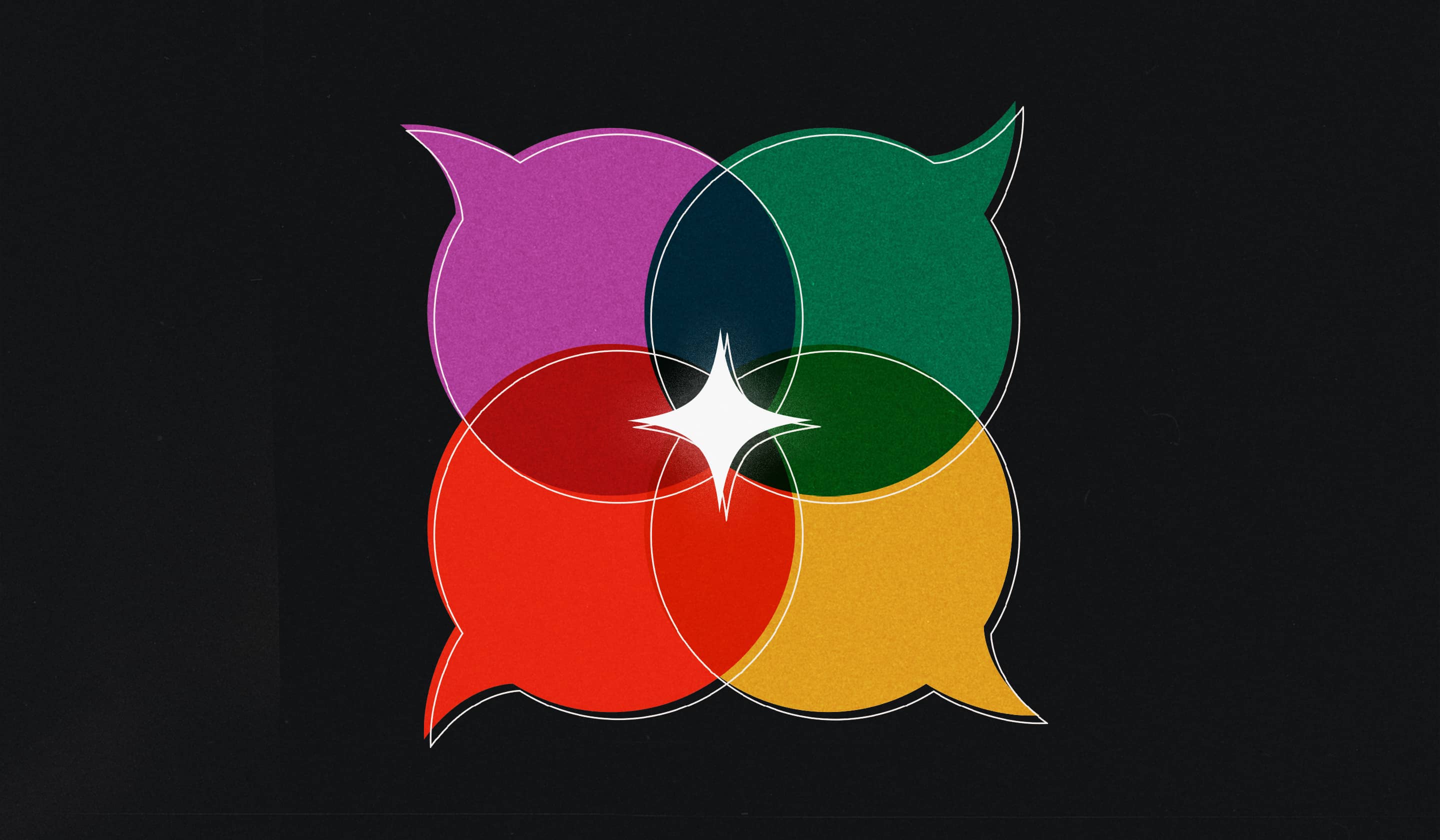 At Maestro, we’ve spent countless hours thinking about learning and specifically what creates a powerful learning experience. From this we’ve developed learning principles, each influenced by theories, statistics, and concepts found in the broader world of learning. Under our third learning principle, meeting learners where they’re at, is today’s topic—tone of voice.

What’s tone of voice? How can we define the tone for a learning project? How does it impact the way people view the messages you share with them?

According to Nielsen Norman Group, tone of voice communicates how an organization feels about its messaging. Tone of voice, rather than what is communicated, is about how it’s communicated. In the 1970s, professor of psychology Albert Mehrabian developed the 7 38 55 rule of communication, which states that only 7% of communication is verbal, while 38% is nonverbal and 55% is visual.

Clearly, what’s being said doesn’t matter nearly as much as we think—so it’s up to the tone of voice to portray how we really feel about the messages we share with our employees, clients, and the world. And that same lesson is applicable to your learning content.

Why tone of voice matters

Tone of voice plays a substantial role in how your subject matter is perceived, and that’s super important for learning.

Approaching any learning experience with the wrong tone could be the difference between truly resonating with your team and adding another to-do to your employees’ lists that inhibits their confidence. Tone of voice isn’t just about how you talk to your learners. It’s about how you connect with them in a way that’s meaningful and authentic.

3 Helpful Questions You Should Ask about Your Learners

This dimension comes down to the intent of the writing. Was the message more serious in nature, or was there an attempt to make a joke or to be funny? Let’s take a look at how this could look across two companies in the information technology industry.

This language was taken from IBM in 2019. This message would be serious, because there’s no attempt to make a joke, insert humor, or approach the message in a funny way. Approaching messages with a serious tone can be important; it communicates a sense of importance and competence to your audience, and it positions you as a reliable source.

In contrast, SimpliSafe took a different, funnier approach with the way it talks about its security. Using a funny tone of voice can help show playfulness and communicate a lighthearted approach to an otherwise serious subject.

In both examples, each company understands how they want their customers to perceive their message, which shaped their tone of voice choices.

Is the language formal, or does it fall on the casual/informal side? For this dimension, we chose to look at the education and nonprofit industries (from our own backyard!) for tone of voice examples.

MSU chose casual language when describing their efforts in breast cancer research, and that was intentional. They want to take something that many people view as complex and simplify it so their audiences could better connect with the meaningful work they’re engaging in with MSU. 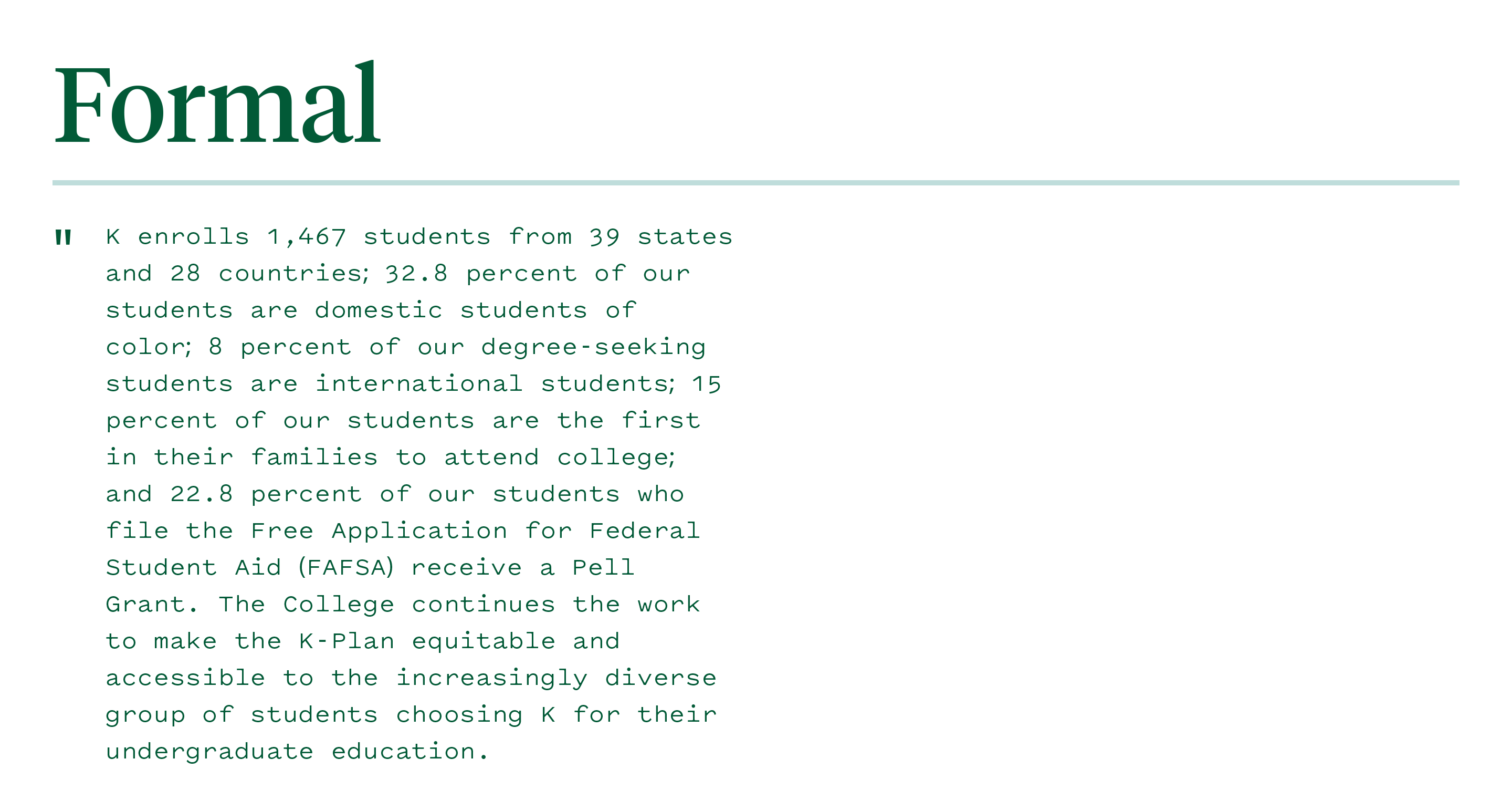 In contrast, Kalamazoo College chose a formal tone when describing statistics around diversity of their student body. An important topic like this deserves a formal tone, so the school crafted their message accordingly to deliver facts, figures, and statistics to prospective students and their parents.

Does the message seem respectful or irreverent towards the subject matter? Note: irreverent is not the same as offensive—it’s about surprising people and standing out among your competitors.

Kemper Sports, a golf course management company, clearly conveys respect for the guest experience in this short message. They want their properties to know that their guests would always be the top priority.

Buffalo Wild Wings’ message about beer, on the other hand, has a note of irreverence, speaking in a nonchalant manner about what they once considered an import. The overall approach to the message makes it clear to customers that they don’t take themselves too seriously and are here for a good time.

Enthusiastic vs. matter of fact

The final dimension, enthusiastic vs. matter of fact, is about how the message feels. Does it feel like the writer is particularly excited about what they’re saying, or rather does it air on the side of stating facts?

Kaiser Permanente chose to take an enthusiastic approach to pet ownership in this short message to their audience about how furry friends benefit people from a healthcare standpoint. By showing enthusiasm, they’ve chosen to communicate warmth and familiarity, connecting with their consumers. 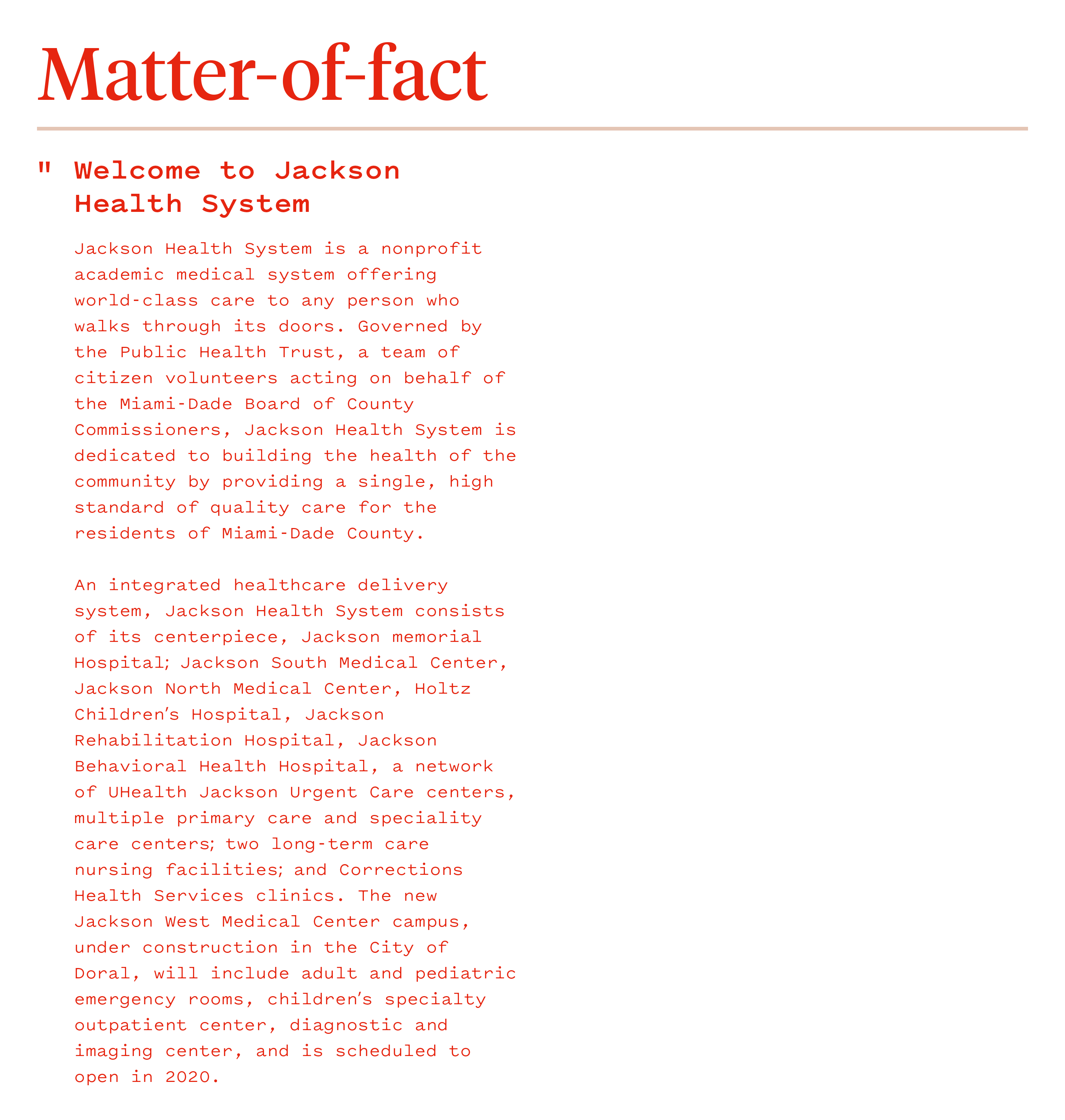 Jackson Health, in its about us section, chose a more matter-of-fact approach when sharing its history. This tone of voice works great for informing and educating people about your company’s story.

While each of these tone of voice examples highlighted a contrast in one dimension, some of them shared similarities between dimensions. Others were neutral. That’s the beauty of tone of voice—one message has endless possibilities.

Next time you’re planning a project or course, take some time to decide where your company’s tone of voice falls within these dimensions and allow those discoveries to inspire the learning you create for your people.

Like Southwest Airlines employees feeling the luv on their first day of work.

Read the case study→
The Latest