How to Write a Scenario That Actually Engages Your Learners 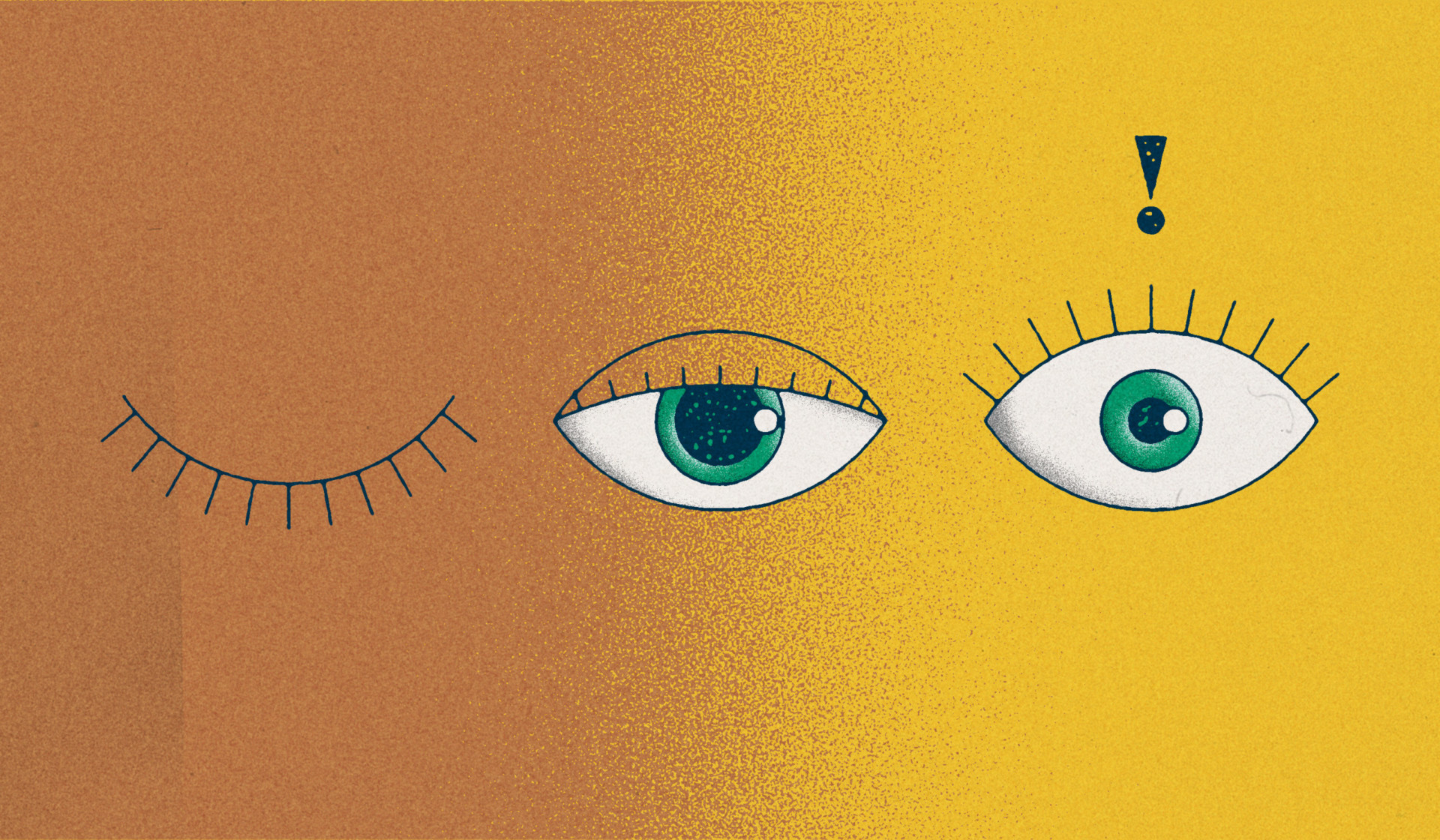 Picture this: you’re sitting down to write a storyboard for an eLearning module—the topic is important to your organization but has the potential to bore the socks off of your learners. You stare at the blank screen. What do you do?

In this case—and many others—we’d opt for scenario-based learning. Scenarios are a highly effective learning strategy for engaging learners and helping them practice skills and build confidence in realistic environments. Plus, everyone loves a good story: writing scenarios for training leverages the power of storytelling to simplify complex topics and encourage learners to reflect on what they’ve learned. More often than not, scenarios are the most engaging, relevant, and transferable choice you can make for your learning experience.

But not all scenarios are created equal. It takes practice to learn how to write a scenario that keeps learners engaged and helps achieve your learning goals. We’ve been putting in the work to learn what makes a scenario successful (shoutout to Cathy Moore, another thought leader in the learning space, who wrote Map It, one of our favorite books). Here’s a quick overview of scenario-based learning and a few simple steps for how to write a scenario that engages your learners.

What is scenario-based learning?

Scenario-based learning is an interactive instructional strategy that uses real-life situations and narratives to engage learners. A scenario describes a premise, including just enough detail for the learner to react with a “best” decision on how to proceed in that situation. While a traditional knowledge check tests a learner’s memory of a concept (such as recalling or recognizing information), a scenario tests the learner’s ability to apply that concept.

There are two types of scenarios that we tend to use: standalone scenarios and branching scenarios.

Standalone scenarios can be used consecutively to create a “building scenario,” with multiple narratives and back-to-back questions that build throughout the content and refer back to the previous scenario. Use a building scenario to connect multiple learning points when it’s realistic to encounter them within the same premise, using the same cast of characters and context. If the subsequent narratives start to feel inauthentic to the real world of the learner’s context, consider using single standalone scenarios instead, changing up the premise and the characters so they feel distinct.

This form of scenario-based learning allows for branching possibilities based on the choices learners make in a given situation. Branching scenarios typically cover more-complex topics with multiple decision points, where the outcome changes depending on the decisions the learner makes. It’s also a great option when you want learners to understand the best choice among several good options—seeing it play out is often the best way to grasp the nuance of the scenario.

Both with standalone and branching types, the best scenarios replicate actual decision points learners will experience in real life.

Why use scenario training in your learning? Writing scenarios allows learners to picture themselves in a potential future situation and test out their decision-making skills (without consequence!) in a relevant, relatable environment. Research shows that scenarios are a stickier learning experience, with high engagement and a great track record for triggering behavior change. Who can argue with that?

A word of warning

It all sounds great on paper, but it’s worth noting that a poorly executed scenario can derail your learning outcomes. If your scenario doesn’t read as realistic to your learners, you run the risk of losing your credibility with them, which can lead to disengaged, checked-out learners. Here are a few common pitfalls that can throw your course offtrack:

Now that you have an idea of what can go wrong in a scenario, let’s get to what makes one successful. Here are a bunch of pro tips from our ID team for how to write a scenario that resonates with your learners.

How to write an engaging scenario

A lot goes into how to write a scenario, but it comes down to four primary guidelines: be strategic, challenge the learner, reflect the learner’s world, and mind the details. Here’s how to apply each step in your own scenario-based learning.

Relevancy is key to any effective learning experience. What will learners gain from this scenario? A good guideline is to take a step back and consider your learning objectives. What are the most important behaviors learners need to walk away with? What scenarios can you create that have learners practicing those behaviors?

Force them to think critically

Learners appreciate a good challenge, so avoid making your scenario too easy or obvious. Don’t actively try to confuse them but there’s nothing wrong with making learners stop and think. If your scenario is too easy, they may tune out.

A great scenario shows learners the consequences of their choices, by continuing the story. This form of feedback helps the learner infer whether they made the right choice, rather than simply being told if their choice was correct or incorrect. After showing the consequence, you can include instructional copy or direct the learner to a job aid for additional feedback.

There’s nothing worse than creating a scenario that your learners will roll their eyes at. In many cases, your learners have been working in their role or doing similar tasks for years. When thinking about how to write a scenario, relatability is top priority. Use the language they use, capture the nuances of their day-to-day lives, and depict the complex situations they’ll actually run into on the job. What might tempt them to make the wrong choice? Learners will notice these details and appreciate them.

On the flip side, keep in mind that they’ll also notice any details that are off—even small ones. Depending on the trust between the learner and the part of the organization delivering the learning, inaccurate details could cause the learner to dismiss the learning altogether and think
“they” don’t understand my job. If possible, run the scenario past someone who can help you hone the details.

Strive not only for accuracy in what you’re trying to teach but also in context. Time and place add realism to your scenarios but only if that context truly feels authentic to learners. If you aren’t familiar with the context of the decision point, do your research: find firsthand accounts online or, better yet, schedule time to interview and/or observe actual learners.

While it’s critical to include details that will help learners visualize and relate to the scenario, too many unnecessary details can be distracting. And don’t use details to try and trick learners or throw them off the trail—every detail should add to the logic of the scenario and move the narrative forward. If you find yourself getting bogged down in the details, focus on the decision point: set the scene and create a logically complete scenario with a clear beginning, middle, and end.

If you have the capabilities to do so, consider incorporating branching or multipart scenarios into your learning. This immersive approach to scenarios allows learners to not only see the consequences of their actions but also make new decisions based on the previous choices they’ve made. That said, not all scenarios call for branching, and branching scenarios require a lot of time and effort for both the instructional designer and the learner. Standalone scenarios are often enough to get the job done.

Bringing the scenario to life

It may seem like a matter of preference, but point of view (POV) can influence how learners relate to the story you’re telling. Deciding how to write a scenario includes choosing between the second-person (putting the learner into the scenario: “You are a housekeeper …”) and third-person (positioning the learner as an observer of the scenario: “Evan is a housekeeper …”) POV.

Consider to what degree the learner will see themselves in the scenario. Second-person POV is a good choice when you’re fairly confident that the learners will actually identify with the scenario. Otherwise, this could cause a sense of dissonance (“I would never do that!”) that distracts learners. Third-person POV is a safer bet for situations where learners may not relate to the specifics of the content or your learner audience covers multiple roles.

It’s showtime, and you’re looking for the right modality to bring your scenario to life. You can create great scenarios through writing, audio, video, still image—or any combination of these. Meet learners where they are by considering how they’ll take in the learning. If they’re on the go, a podcast could be a good solution. If they’re learning in an ILT or vILT setting, video could be an effective way to apply and analyze what they’ve learned. But a written scenario can be just as effective, especially if you’re intentional about crafting an effective story.

There’s nothing worse than enduring a boring or irrelevant learning experience. With scenarios, learners get to take an active role in their learning and put their skills to the test in a relatable, low-risk environment. When done right, scenarios are a powerful tool for challenging learners and inspiring real-world change that they can put to use right away.

What does an effective scenario look like in action?

Get inspired and explore some of our favorite scenario-based training examples.

Check them out→
The Latest